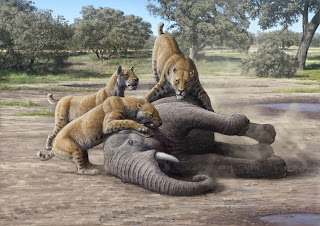 Hubby had a wonderful idea today - why don't I bring the dogs to the dog park for a little run? There was some rain overnight last night, and they were calling for thunderstorms for the late afternoon and evening, but there was a nice window of nice (albeit humid) weather, perfect for a little pooch exercise. Hubby was working, kids were resting. I actually like taking the dogs out to the park alone - it's a relaxing time. Pups, want to go for a ride? Circle, circle, bark, squeak, WOOF!


When I got there today, there was 1 other car there, with the owners and the pooch playing in the field. Btw, this field has a fench on the side where the entrance is, with 2 gates along it. We used to live closer to this park, but we still manage to drive there when we can, to give the dogs a big field to run and play. And this park entertains all sorts. Young, old, nice dogs, mean dogs. There are rules. And there are nice people and biotches.

Today was the day of the bitch.

Let me explain. I parked RIGHT next to one of the gates, and because my dogs didn't have leashes, my plan was to open the gate door, open the van door and get them into the field asap. Now I am a responsible dog owner, and I have respect for other dogs and their owners. I saw the wench/bitch...ah..OLDER WOMAN with her 3 pups - a golden lab, a pug and a little brown YIPPY Dachshund - drive up. She had them on leashes, BUT I didn't see her bring her dogs into the field through the other gate until it was TOO LATE, I GUESS!

Mind you, I was trying to be quick with my dogs. Parked right next to the gate. I opened the door, then turned to open the van door. Mere seconds. And all of a sudden, I heard a voice resembling my mother's:

This woman instantly got my hairs up. I shut the gate quickly (as I saw her little yippyskankpup - and I use that term with the most love I can muster - coming towards my ankles, although it would've taken that dog a whole day to get to me, it was so small) and proceeded to get my dogs out of the van, put them on "heel" so they didn't run, because you know, I train my dogs to not run after STRANGERS, and got them into the field safely.

You know, I have no problem understanding that I should be sensitive to others at the dog park, and I have no issue with other people asking me to close the gate. In fact, I could understand an emergency tone to a person's voice, if they were nervous about their dog's safety. But to SCREAM at me? CLOSE THESE, BIOTCH!

Where the HELL were this bitch's MANNERS? Ever hear of the word PLEASE, lady?

I got my poop bags from the dispenser and led my dogs to the other SIDE of the field, where I didn't have to talk to that witch. We played fetch with tennis balls (I use something called a chuckit that makes the balls fly far) and kept to ourselves. And if she said one more WORD to me, I would've unleashed something like, "you know, I expect my preschool children to struggle with manners, but not a grown WOMAN!" I'll be damned if I was gonna take any more crap from this woman. She was probably over on the other side of the field telling all the old people who arrived after me that I was a thoughtful 41 year old who WAS GOING TO LET HER DOGS GET RUN OVER BY A TRUCK BECAUSE, after all, THE PARK WAS ON A ROAD TRAVELED BY 6 TRUCKS A MONTH! Heaven help us. And what would've happened if that little yippyskankpup bit me? I would've dropkicked that beast into next WEEK, I kid you NOT!

Ahem. But I digress.

After a nice 40 minutes of playing, the rain came down, and we all made our way back to our vehicles. And this woman. Ugh. As she drove away, I saw that she was sporting Florida license plates. Let's HOPE that she isn't here for the entire summer. Hopefully she was on her way HOME.
Publicat de traduceri la 14:28